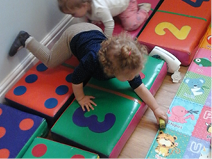 After a three-hour Commons debate, the Government has announced it is postponing the scrapping of the popular Childcare Vouchers Scheme, for at least six months.

The timing for ending the voucher scheme on 5 April 2018 came under fire due to administrative problems surrounding the replacement scheme and the launch of the 30 hours ‘free childcare’ scheme; leaving many parents struggling to cope with childcare costs.

Critics argue families could lose 'thousands of pounds' under its replacement, Tax-Free Childcare.

'I have heard the concerns'

The Government announcement on extending the Childcare Vouchers deadline capped off a three-hour Commons debate around proposed changes to Government funding changes within childcare and education.

Education Secretary, Damian Hinds, defended many of the debated policies, but said the childcare voucher abolition was being postponed. He said: “I have heard the concerns raised about this, and about the timing, and I can confirm we will be able to keep the voucher scheme open for a further six months to new entrants."

Mr Hinds' comments were in response to an intervention in the debate by DUP’s Emma Pengally about the voucher system. The decision will be a relief to many parents struggling to meet the impending cut-off date for the vouchers scheme in April.

The Government proposals are all meant to be part of changes to the Universal Credit Scheme, and didn’t require a Commons vote, but the opposition secured the three-hour long debate using House of Commons tactics. The opposition party had less luck overturning the Government’s plans to bring in means-testing for funded two-year-old childcare and the income threshold for free school meals.

Once the Education Secretary’s concession on childcare vouchers was declared, Labour's motion to scrap the change was defeated by 315 votes to 288.

Ms Raynor however, vowed to continue fighting to keep the scheme in use, indefinitely. She said: "Theresa May clearly now has neither a majority nor a mandate for abolishing childcare vouchers and they must bring any final decision back to Parliament for a meaningful vote."

Already the sector is responding positively to the postponement of the voucher scheme, which the Government plans to replace entirely with the new Tax-Free Childcare scheme brought in last year.

“We are pleased that the Government has delayed the closure of the scheme for six months and we hope that this will allow them to realise the benefits of giving parents a choice and lead to a permanent running of both schemes.”

Neil Leitch, chief executive of the Pre-school Learning Alliance, called it a "sensible decision" by the Government and added: "With take-up of tax-free childcare still much lower than originally expected and valid concerns continuing to be raised about the level of support the scheme offers to lower-income families, we would suggest that Government uses this time to reflect on the effectiveness of the tax-free childcare policy and whether the scheme alone is the best way to provide adequate support to all families who need it.”

James Malia, director of Employee Benefits at Sodexo Engage, a provider of Childcare Vouchers in the UK, also welcomed the news. He said: “The decision by Parliament to potentially overturn the Government’s attempt to abolish Childcare Vouchers by voting to keep the scheme open for another six months is fantastic news for working parents and employers.

“Working parents across the UK rely on employer-supported Childcare Vouchers to save hundreds, if not thousands of pounds each year on childcare. Sodexo Engage research revealed that 57 per cent of households would have been worse off under the new scheme proposed by the Government. However, by having both Childcare Vouchers and Tax Free Childcare available, parents will be empowered to choose whichever option is best for their families.”

Our Cheshire Day Nursery is OFSTED approved and we  offer free 30 hours childcare each week for 2, 3 and 4 year olds for parents who qualify.  If you would like to discuss a place for your child at our Cheshire Day Nursery, please contact us and we will be happy to chat to you.  Alternatively you can drop in at any time without an appointment as we operate an open door policy.